Darwin Port apprentice boilermaker Rodney Nagawalli has been awarded the Aboriginal Apprentice or Trainee of the Year at the GTNT Group Awards. Rodney is a former Clontarf Academy student.

Darwin Port CEO Darren Lambourn said Rodney has won three Darwin Port Improvement and Recognition awards due to his professionalism, efficiency and willingness to continually develop his skills while completing his projects.

"He is an asset to the Darwin Port team and we are very proud of his achievement," he said.

Rodney was honoured to receive the award, thanking the Darwin Port team and his Clontarf Foundation mentor for their support.

"I really enjoy working as an apprentice metal fabricator because I learn something new every day,” he said.

“This job is giving me good skills and I’m proud of where I’ve come from and what I’ve achieved.”

Rodney completed Year 12 in 2016 as a student of the Jabiru Clontarf Academy in the Northern Territory. After graduating, Rodney called upon his Clontarf Academy mentor who assisted him to apply for one of two Darwin Port apprenticeships on offer at the time.

“Landbridge has been a supporter of Clontarf Foundation since 2016 and it is wonderful to see a former Clontarf student developing their skills at the Port,” he said.

“Rodney is an outstanding role model, he should be very proud of his achievement.”

Rodney relocated from Jabiru to Darwin in August 2018 to commence his apprenticeship with Darwin Port. 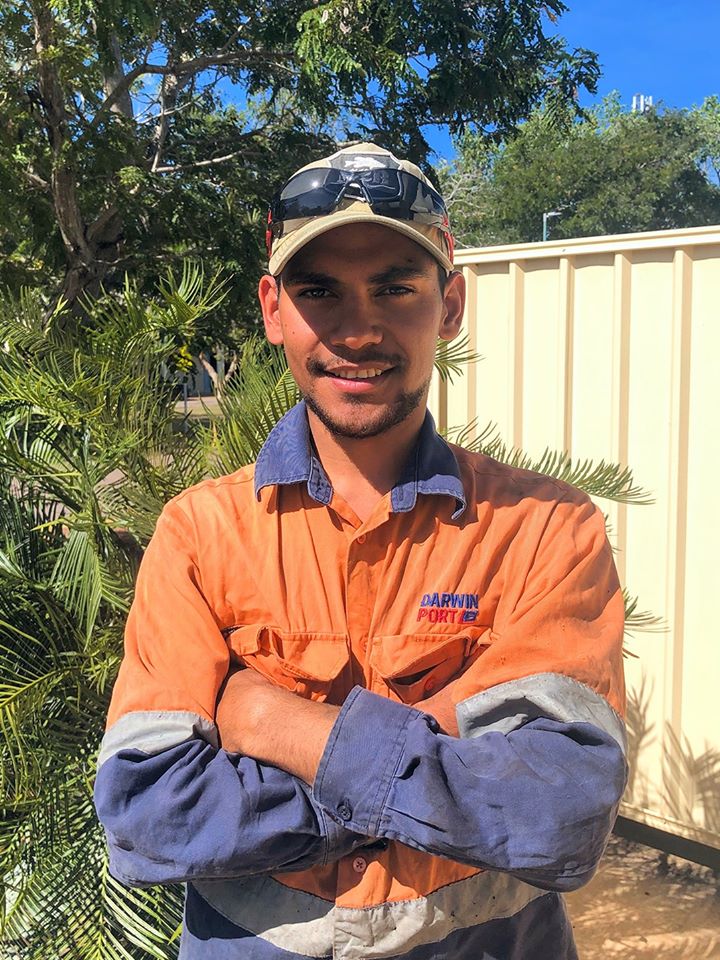